FlightScope® has been used in major tournaments and TV productions in multiple sports around the world. Some of the largest and most influential events have found the use of FlightScope technology enhances the competitive event atmosphere. FlightScope provides a production platform with invaluable data and visual representation of shots, increasing enjoyment for viewers. Whether individual competition or tournament play, FlightScope has done it all in a first-class manner.

FlightScope's non-intrusive technology allows competitors to tee off from any part of the tee box.

The FlightScope tournament set-up consists of three synchronized and self-contained 3D Doppler tracking radar units that capture the entire trajectory of the ball as well as all pertinent clubhead data. Using our state-of-the-art digital signal processors, accurate club and ball data, as well as the 3D flight of the ball, are captured in real time, allowing for integration with TV graphics and providing information second to none.

When you want live action, from clubhead impact to when the ball lands, FlightScope has you covered. 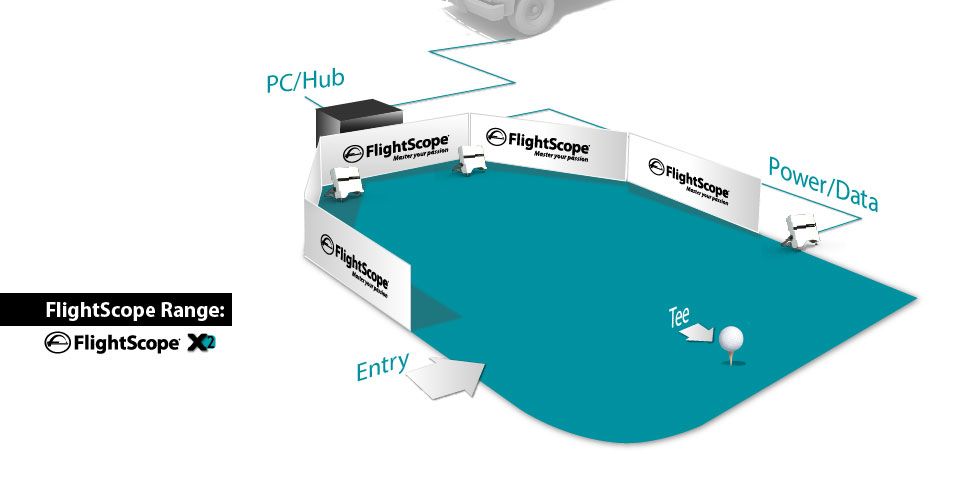